The Impact of COVID-19 on the U.S. Aviation Industry 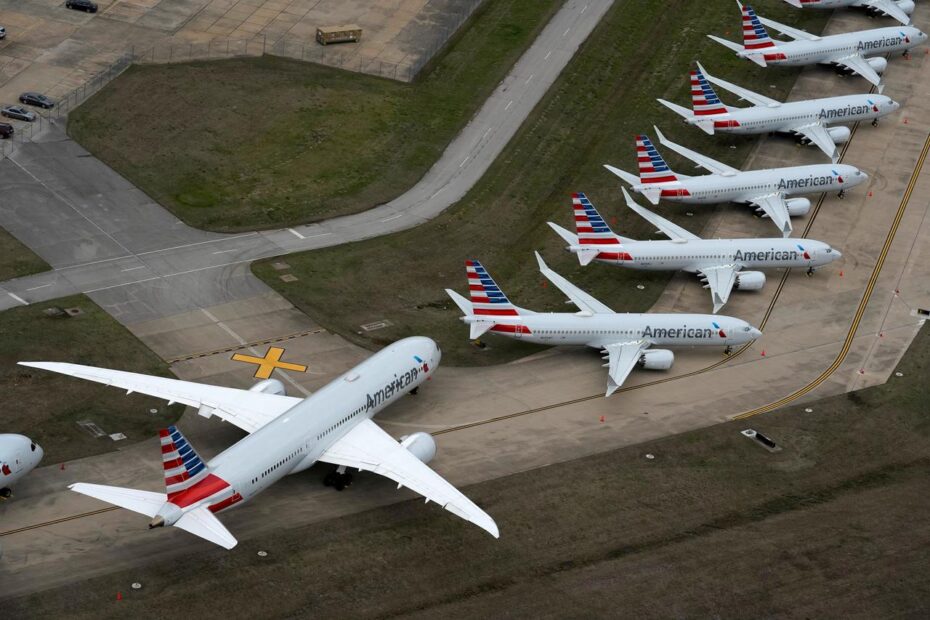 The COVID-19 outbreak has affected all sectors of economy and aviation is not an exception. Considering that much of the world is currently subject to travel restrictions and government order to stay home, air travel has largely ceased. According to International Air Transport Association assessments, the 2020 revenues of the world’s air carriers will drop by more than half. Meanwhile, many industry observers predict that it will take years for air travel to return to its 2019 levels. Passenger volumes have decreased 95% in the U.S., and airlines expect to have a heavy decline in travel demand for the foreseeable future.

Today the drop in air travel  is far worse than anything the U.S. industry has experienced even after the September 11, 2001, terrorist attack or the economic crisis of 2008-2009. U.S. airlines continued strong in January other than some flights to and from China. Domestic flights continued as normal for February and early March. Airlines have already cut their schedules in May by 90% and are warning that such decreased levels of travel will continue into 2021, at least.

To mitigate the losses, the Congress last month passed the CARES act which allocated $58 billion in aid for the aviation industry. The federal assistance includes $25 billion in a mix of grants and loans that are solely dedicated to paying their roughly 750,000 workers and require airlines not to furlough or cut their pay rates — though hours have been reduced — through Sept. 30. This might not be enough to avoid job reductions if demand remains low. However, there are limitations on executive compensation, a moratorium on stock buybacks.

American aviation suffered immensely during the COVID-19 period. Such U.S. airlines as United Airlines, Delta Air Lines, American Airlines, JetBlue, SouthWest Airlines have undergone serious economic losses in the first quarter of 2020 and continue to face challenges despite the governmental assistance, as the COVID-19 pandemic drove travel demand down to the lowest level in decades. The economic hardships of some U.S. airlines are enlisted below․

United Airlines became the first U.S. airline to detail the financial impact of the virus and reported a $1.7 billion loss for the first quarter, which is even worse than in 2008. Its revenue fell by 17% in the first quarter, compared to last year, to $8 billion. The U.S. airline flew less than 200,000 people in the first two weeks of April, which is a 97% drop from the more than 6 million people it flew during the same time in 2019. United said it has received about $5 billion in government assistance, out of which $3.5 billion in grants and $1.5 billion in a low-interest loan. This Governmental aid requires the airline company to keep paying its employees until Sept. 30. It also applied for a federal loan in the amount of $4.5 billion.

United Airlines expects to sell and lease back 22 planes to Bank of China (BOC) Aviation.  Among 22 planes six are Boeing 787-9 aircraft and 16- Boeing 737-9 MAX aircraft. It was not revealed how much the purchase was worth but the planes would be leased back to United on long-term agreements.

Southwest Airlines has also reported to have had serious losses in the first quarter of 2020 in the amount of $77 million (first loss since 2011), with the total  revenue of $4.2/3 billion, that is 18% decrease compared to last year. The losses were reported in March, as bookings plummeted and cancellations skyrocketed. According to their filing with the Securities and Exchanges Commission, Southwest Airlines predicts to have their revenue fall as much as 95% in May and noted that it is “unable to reasonably estimate trends beyond May 2020.” The CEO of Southwest Airlines has noted that it may take more than 5 years to return to 2019 levels.

Jetblue Airways have not yet made public their losses for the first quarter, however its CEO had previously mentioned that the airline is facing more significant drop than after 9/11.  The airlines that took financial assistance from the government need to maintain a minimum level of service to cities they fly unless an exemption is granted by the Transportation Department. Jetblue has asked for permission to suspend flights at all 16 airports through Sept. 30, but has not received a response to its request. Jetblue had already been granted  an exemption for two airports in Puerto Rico.  Earlier this week, Jetblue became the first U.S. airline to require passengers to wear face masks or other face coverings beginning May 4.

As a result of the coronavirus pandemic outbreak Delta Air Lines reported its first quarterly loss of 18% in over five years.  It expects a 90% drop in revenue during the second quarter. The airline’s last quarterly loss was in the fourth quarter of 2014. For Delta and other airlines, the virus interrupted a historic boom in business. Delta had 10 consecutive years of annual profits and was expecting another year of increasing demand in 2020. Delta Chief Executive Ed Bastian reported that the recovery could take two to three years. “We do know that Delta will be a smaller airline for some time, and we should be prepared for a choppy, sluggish recovery even after the virus is contained. I hope it’s sooner, but we need to be realistic in our planning.” Delta’s shares fell 2.7% in Wednesday trading. It reported a net loss of $534 million for the first quarter of the year, which is down from a profit of $730 million in comparison to the same period in 2019.

American Airlines Group reported its first-quarter net loss of $1.1 billion, which is its first quarterly loss since emerging from bankruptcy in 2013. American Airlines Chairman and CEO Doug Parker said,  “Never before has our airline, or our industry, faced such a significant challenge…True to fashion, the American Airlines team has done a phenomenal job taking care of our customers and each other during such difficult and often heartbreaking times. We are incredibly proud of their selflessness and dedication to others”․

American Airlines warned of a cash burn of about $70 million a day in the second quarter, as the COVID-19 pandemic brought travel to a near standstill. American Airlines is the least profitable because it has a huge debt in the amount of $34 billion. It is, therefore, the number one candidate for bankruptcy, a situation it had already experienced in 2011.

The challenges the US aviation industry is facing now are unprecedented. It is the first time following the 2008-2009 financial crisis that US largest airlines are reporting losses in such volume. If in the first quarter of 2020 the revenue losses were up to 20%, the second quarter is expected to bring 90-95% losses to many US airline companies. Although the US government has provided substantial assistance to the aviation industry, the US airlines would likely need years to return to pre-COVID-19 level.