Who is the Least Favorable US Presidential Candidate for Armenians? 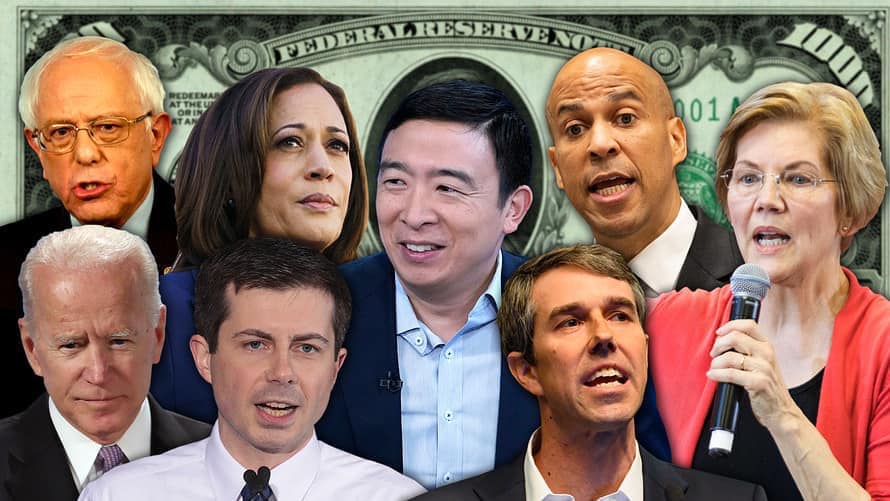 One of the largest concentration of Turkish Americans in the USA is in the state of New Jersey, especially South Paterson, which is widely known as Little Istanbul.  South Paterson is home to the largest Turkish immigrant community of 20 thousand people. From this state, which is densely populated by many Turks, Cory Booker was elected as Senator and now is running for president. Senator Booker started his political career as a member of Newark Municipal Council, New Jersey. Later, he became the Newark city Mayor and held this office till 2013. Starting from 2013 till now Cory Booker is a Senator from New Jersey.

It is worth mentioning how Booker became Senator. Each state in the USA is represented by two Senators. One of the Senators from New Jersey is pro-Armenian Bob Menendez, against whom the Turkish community was working to bring pro-Turkish (at least not pro-Armenian) candidate to Senate. Their candidate became Cory Booker. Cory Booker’s main opponent in 2013 elections was pro-Armenian Frank Pallone. This was a special election in connection with the death of Senator Frank Lautenberg. The winner would hold the office for 15 months with the prospective to be reelected in 2014 elections. The Turkish community and the Turkish organizations did their best to prevent the election of another pro-Armenian Senator from New Jersey. Thus, they concentrated all their efforts on Cory Booker’s victory, which they managed to obtain. During his meeting with the Turkish community, the latter expressed their full support for Cory Booker. In return Booker thanked the representatives of the Turkish community and stated that he is familiar with Turkish and Azeri communities and is well aware of the necessity to strengthen them.

An important connective link between Senator Booker and the Turkish community in the USA is the former Deputy Mayor of Paterson, New Jersey (till 2018) and the head of Turkish-American Association Derya Taskin. She is well-known for her campaigns against the recognition of Armenian Genocide. Moreover, Taskin is the director of the Turkish Institute for Progress. For the promotion of Turkish interests in the USA this organization actively involves professional lobbying organizations, such as Cypress Advocacy LLC, Levick Strategic Communications, Mercury Public Affairs LLC, to which more than $150 thousand was given for the period of 2015-2016.

The choice of these organizations is not a coincidence. For example, Mercury Public Affairs LLC is in active cooperation with New Jersey Democrats and the Managing Director of this company Modia “Mo” Butler was Newark Chief of Staff when Cory Booker was the Mayor of that city, but later became Senior Council for Booker’s campaign. The partner lobbyist of this organization is Michael Soliman. Despite being the adviser of pro-Armenian Senator Bob Menendez, he was the lead campaign strategist for U.S. Senator Cory Booker’s successful 2014 Senate campaign. Senator Cory Booker’s Press Secretary Monique Waters (2014-2016) also worked in another lobbying firm- Levick Strategic Communications. We can conclude that the active cooperation between Senator Booker and these pro-Turkish lobbying firms is often provided by these people.

Derya Taskin is still Cory Booker’s active supporter. She is actively sharing (retweeting) Senator Booker’s posts and has contributed more than $9000 for Booker’s political Campaigns through her organization (Derya Staffing and Consulting LLC).

Cory Booker holds meetings and gives speeches for the Turkish community in the USA. A vivid example is the Turkish American Women Leadership Forum held in March 2019 and organized by Turkish Coalition of America (Derya Taskin was among the participants), where the keynote speaker was Senator Booker. The latter also visited Turkey in 2018 to discuss the pivotal issues of US-Turkish Relations.

In conclusion, Cory Booker is the least favorable candidate for Armenia and the Armenian community in the USA. As for Booker’s becoming the main presidential candidate of the Democratic Party, the statistics provide us with different numbers. For example, according to CNN and the New York Times Booker’s rating is 2%. Meanwhile, the Morning Consult polls provide us with two types of results- among Democratic primary voters his rating is 3%, while in early primary states, which includes just voters who live in Iowa, New Hampshire, South Carolina, or Nevada, his rating is 6%. In spite of his low rating, it should not be excluded that in case of organizing a good campaign  the main candidate of Democratic party would offer Booker the office of Vice-president or another position; firstly, taking into account his African-American roots and secondly, his high approval rating as a Senator (47%). After all, there’s such a precedent in case of Donald Trump, who appointed his opponent Ben Carson as United States Secretary of Housing and Urban Development. Such a scenario should not be excluded for Cory Booker as well.