What economic collapse is predicted in the USA following the Covid-19? 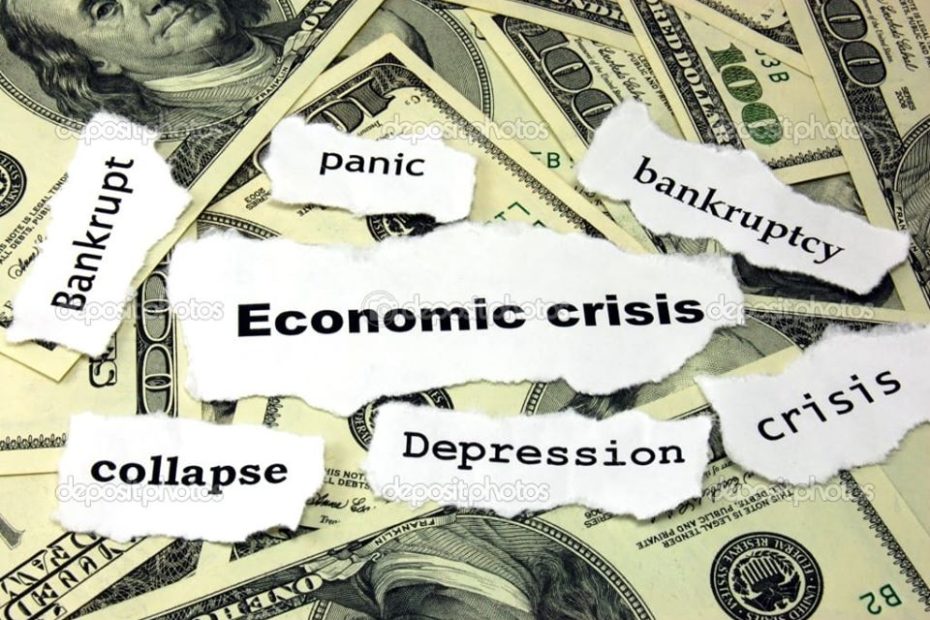 According to the The International Monetary Fund (IMF) the COVID-19 pandemic has pushed the world into a recession (a serious slowdown or decline in economic growth that has been going on for more than two quarters), as bad as or worse than in 2009. For 2020, it will be worse than the global financial crisis.

While during the 2008 crisis and the Great Depression, stock markets collapsed by 50% or more, credit markets froze up, massive bankruptcies followed, unemployment rates soared above 10%,  the current crisis brought similar terrible macroeconomic and financial consequences within three weeks. This decline, which is still in progress, is neither V-shaped nor U-shaped nor L-shaped (a sharp decline followed by stagnation). It mostly looks like I-shape- a vertical line representing the sharp decline of financial markets and the real economy.

IMF predicts a resumption of the situation in 2021, one of the main preconditions of which is to stop the spread of the virus.

According to the March 2015 Interim Economic Assessment of the Organization for Economic Co-operation and Development (OECD), global annual GDP will fall up to 2.4% in 2020, compared to the already weak rate of 2.9% in 2019. At the same time, the growth in the first quarter of 2020 will probably be negative.

The economic consequences of the pandemic are already affecting the United States with unprecedented speed and severity. In the last two weeks of March, nearly 10 million people applied for unemployment benefits. Such a sharp increase has never been recorded, even in 2009 at the peak of the financial crisis. The worst single week of filings prior to that was 695,000 in 1982.  Early indicators suggest that job losses in the United States may exceed one million per month from now up till June. It will be a sharper decline, than the one registered in 2008-2009.

This could be quite problematic for President Trump, whose policy has led to a record low unemployment rate of 3.5 percent over the past 50 years. As for the level of GDP growth in the United States, if in 2019 it was 2.3%, in 2020 the OECD foresees 1.9%.

For comparison, during the Great Depression and the Second World War, most of the economic activity did not stop, as it does in China, the United States, and Europe today. The best-case scenario may be a downturn, which is heavier than the economic crisis (in terms of global cumulative output) but short-term, which will allow it to return to a positive growth in the fourth quarter of this year.

Meanwhile, $ 2.2 trillion coronavirus stimulus bill was signed by President Trump on March 27 to rescue the US economy. It includes up to $ 1,200 direct payments to individuals, hundreds of billions of dollars in loans and grants to businesses, increased unemployment benefits, and support for hospitals and health-care providers. “In effect, this is a wartime level of investment into our nation,” said Senate Majority Leader Mitch McConnel.