US Arms Sales Regulations and Restrictions: Can the US Sell Arms to Armenia? 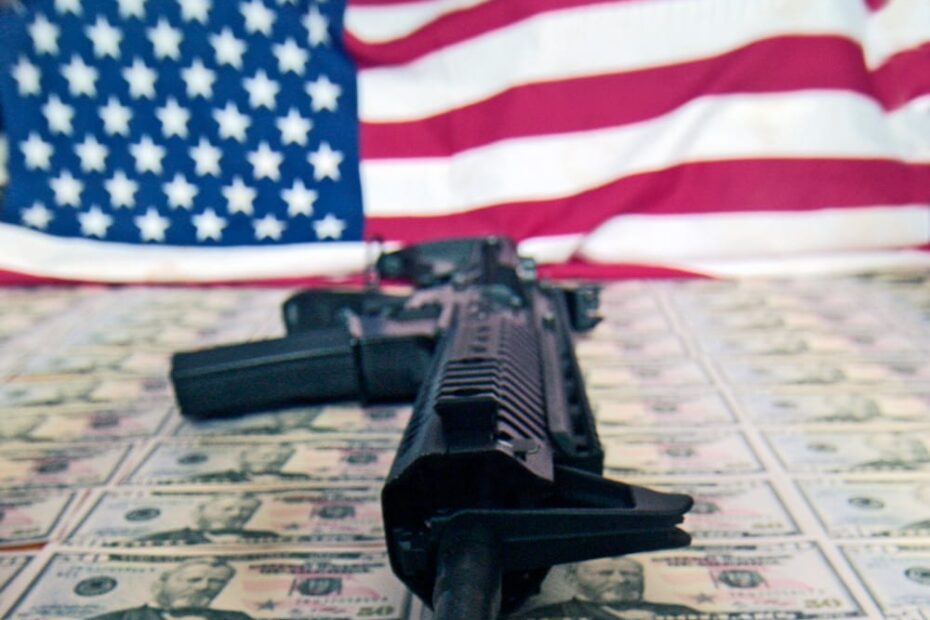 The possibility of selling US-made arms to Armenia has been discussed often. There are all sorts of interpretations and approaches. Many claim that it is a matter of political expediency for the US. Others say that for such a deal it is necessary for Armenia to break its military ties and legal obligations with the Collective Security Treaty Organization (CSTO) and Russia. The answer to this question must be sought not only in Armenian foreign policy but also in the American legal and political context.

History of US Arms Sales and the Main Regulatory Documents

The United States began its international arms sales after World War I, but it was only after World War II that US arms sales reached large volumes. One of the main reasons for the unprecedented increase in arms sales was the rivalry between the USSR and the USA during the Cold War. During those years, the United States used arms sales as a means of defending Western Europe, and in a broader strategic sense, the US goal was to prevent the advancement of the USSR and the spread of communism.

The modern process of arms sales by the United States is regulated by the 1976 Arms Export Controls Act (AECA). The act authorizes sales by the United States government to “friendly countries having sufficient wealth to maintain and equip their own military forces at adequate strength, or to assume progressively larger shares of the costs thereof, without undue burden to their economies.” However, the sale should also be in accordance with the restraints and control measures specified in the act and in furtherance of the security objectives of the United States and of the purposes and principles of the United Nations Charter.

In addition to the legal regulation of arms sales, there is also a political component. US arms sales policy is stipulated in the following document: Conventional Arms Transfer Policy, which is regularly updated by US presidents. In general, no major changes are made, but there is a difference in the emphasis of this or that criterion. For example, unlike Nixon’s 1995 policy, Obama’s 2014 directive put a greater emphasis on human rights and their violations, the purpose of which was to prevent the USA from being involved or associated in any way with such violations. In addition to Obama’s policy, Trump’s policy also emphasized the issue of US economic security. The Biden administration has not yet issued its policy in this area; however, it is clear from the president’s political priorities that human rights and the preservation of democracy will be of key importance in this area as well.

Prohibition of US Arms Sales to Countries in Conflict

As for the ban or restrictions on US arms sales to countries in conflict, such a measure is stipulated in Section 38 of the Arms Export Control Act, according to which, when granting licenses for the sale of arms and the provision of military services, the US president must take into account whether it “would contribute to an arms race, aid in the development of weapons of mass destruction, support international terrorism, increase the possibility of outbreak or escalation of conflict, or prejudice the development of bilateral or multilateral arms control or non-proliferation agreements or other arrangements.” In other words, the factor that arms sales can result in the emergence or escalation of the conflict, does not directly prohibit the sale of weapons, but it is a circumstance that must be taken into accountduring the sale.

Restrictions on arms sales to conflicting parties are also regulated by the presidents themselves in their policy documents. A similar restriction was incorporated in both Obama’s and Trump’s presidential directives. Their policies implied restrictions on US arms sales if a sale could be destabilizing and dangerous to international peace and security. However, if US interests prevail, the sale could be carried out after a detailed examination of the circumstances, especially if there is no absolute legal prohibition in this matter.

As for the ban on arms sales to Armenia and Azerbaijan, that legal prohibition was enforced in 1993. According to §126.1 of International Traffic in Arms Regulations, Azerbaijan and Armenia were included in the list of countries to which it was forbidden to sell weapons. §126.1 is a regulation that prohibits granting of arms and defense service licenses to certain countries. However, after the events of 9/11, significant changes were made to this list. First, in 2002, Tajikistan and the Federal Republic of Yugoslavia (Serbia, Montenegro) were removed from the list of those countries. And in 2003 Armenia and Azerbaijan were excluded from the list. Since then US arms sales to Armenia and Azerbaijan is subject to separate discussion and examination.

With the amendment to §126.1 of the International Traffic in Arms Regulations, the list of countries is divided into two groups. The first group includes those countries to which US arms sales are absolutely prohibited. Among those countries are Belarus, Myanmar, China, Cuba, Iran, North Korea, Syria, Venezuela. Arms sales to the countries of the second group are prohibited, except in cases specified by law. That list includes Afghanistan, Cambodia, the Central African Republic, Cyprus, the Democratic Republic of the Congo, Ethiopia, Eritrea, Haiti, Iraq, Lebanon, Libya, Russia, Somalia, South Sudan, Sudan, and Zimbabwe. Thus, the US is prohibited to sell weapons to the countries mentioned in this list, in which Armenia and Azerbaijan are no longer included.

Thus, from a legal perspective, there is no strict restriction for the arms sales by the United States to Armenia. Section 38 of 1976 U.S. Export Control Act requires consideration of whether an arms sale would “increase the possibility of outbreak or escalation of conflict.” However, this is not an absolute prohibition, but simply something that must be considered and often can be circumvented. Thus, the law authorizes the president’s administration to implement policy of arms sales in line with US national economic and political interests. In the case of Armenia, as a country in conflict, there is no absolute legal prohibition for buying weapons from the USA, especially when Armenia is not the side inciting a conflict, but the side defending against Azerbaijani aggression, which has also been confirmed by US officials. In case weapons are bought from the USA, they will be used to protect the Armenian people from the genocidal crimes of Azerbaijan. However, in order for Armenia to acquire weapons, first of all the unanimous agreement of both the executive and legislative branches of the USA is necessary. That is because for Armenia, being in the zone of Russia’s direct influence and having a membership in the CSTO are no less problematic than being in a conflict.