TRiUMPh!!! Will Trump be Reelected? 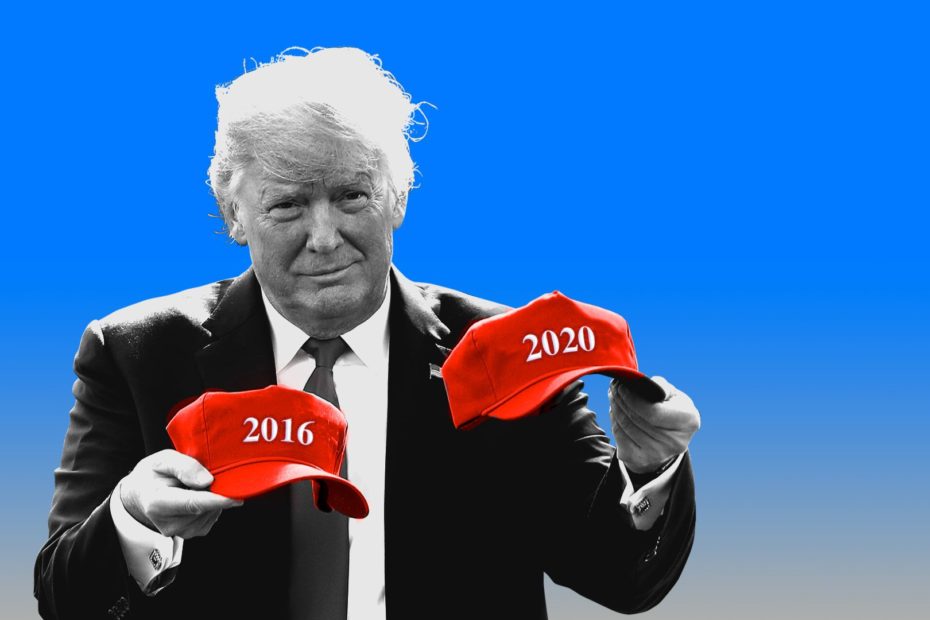 On the Eve of 2016 Presidential elections most popular US mass media outlets were actively injecting the idea of having the first woman president in US history. As a result, a public perception was formulated, according to which Hillary Clinton is the candidate who would beat Donald Trump in 2016 elections. The peak of the chain of these predictions became the 125 thousand wasted copies of Newsweek magazine-not only the editor of this magazine decided to publish so many copies of the magazine with “Madam President, Hillary Clinton’s Historic Journey” title on it, but also distributed them to recall them later.

After 2016 elections the Republican Party took control of both the bicameral legislative and executive branches of power. But the situation changed during 2018 midterm elections, where Democrats took the House of Representatives (239-Democrats, 202-Republicans), while the Republicans remained dominant in the Senate (53-Republicans, 46-Democrats).

Based on the facts mentioned above, Trump has more chances to win in 2020 Presidential Elections than he had in 2016. First, there is no alternative within the Republican Party. Second, a candidate from Democratic Party who can compete with Donald Trump has not appeared yet. Even the apparent pro-democratic CNN accepts that Trump has all the chances to win elections at the same time mentioning that the possible Democrat candidate who can compete with Trump is former vice-president Joe Biden, who according to the results of The Washington Post-ABC News poll, leads Trump 53%-43%. But these numbers do not seem credible having the well-known experience of 2016 elections.

Thus, once again Trump is going to stay loyal to his surname (to trump is to outrank or defeat someone or something, often in a highly public way) and be reelected in 2020.