The Standpoints of US Candidates of the Democratic Party on Armenian Issues. 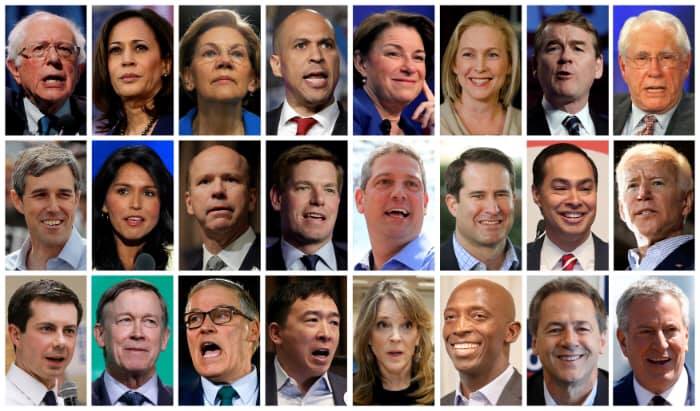 Let’s briefly discuss some of the candidates and view them in the framework of US-Armenian relations.

Joe Biden (former US Vice-president)- The issue of the nomination of this highly rated candidate appeared in the public discussion following a brief meeting with Armenian President Armen Sargsyan. Before being a vice president Senator Biden was a long time supporter of the recognition of Armenian Genocide. He was even  the co-sponsor of the Genocide resolution. In 2015 Joe Biden together with the Armenian President Serzh Sargsyan took part in ecumenical prayer in memory of Armenian Genocide victims. However, the Obama Administration didn’t no practical steps towards the recognition of the Armenian Genocide.

Bernie Sander (member of the US Senate, Vermont). The candidate with one of the highest approval ratings has supported some pro-Armenian resolutions since 1995, among which his vote for Pallone-Radanovich Amendment (aimed to preserve section 907) stands out. Besides, Sanders has cosponsored S.Res.150 aimed to acknowledge the Armenian Genocide.

Tulsi Gabbard  (member of the House of Representatives, Hawaii) This candidate is a member of the Congressional Armenian Caucus in the House of Representatives. She is the only candidate who visited the Republic of Artsakh in 2017 and criticized the destabilizing role of Azerbaijan in the region. Tulsi Gabbard is also an active supporter of the recognition of Armenian Genocide. In 2019 she became one of the the cosoponsers of H.Res. 296 resolution (aimed at the recognition of Armenian Genocide).

Elizabeth Warren (Senator, Massachusetts). This highly rated candidate has been in the list of 2018 Congressional election candidates, who were supported by the Armenian National Committee of America. Particularly, in 2018 she became the co-sponsor of S.Res.136 resolution on Genocide, and in 2019 co-sponsored S.Res.150.

Kamala Harris. (Senator, California) The only black woman candidate who has significantly improved her rating following the June 27 debate is a supporter of acknowledging the Armenian Genocide. While being an Attorney General of California she has supported the law protecting the property rights of Armenian Americans who were denied life insurance benefits during and after the Armenian Genocide. In 2019. She has cosponsored the S.Res.150.

Tim Ryan. (member of the House of Representatives, Ohio)- If in 2015 this candidate made claims in Congress concerning the Khojali events by considering them as one of the most devastating acts of violence in South Caucasus history, later in 2018  Tim Ryan has started to support some pro-Armenian resolutions, namely H.Res. 220 and H.Res 354. Besides, in 2017 and 2018 he signed the letters addressed to US president calling for Genocide acknoledgement. In 2017 he has cosponsored H.Res. 296.