The Spread of Coronavirus in the USA as of March 31 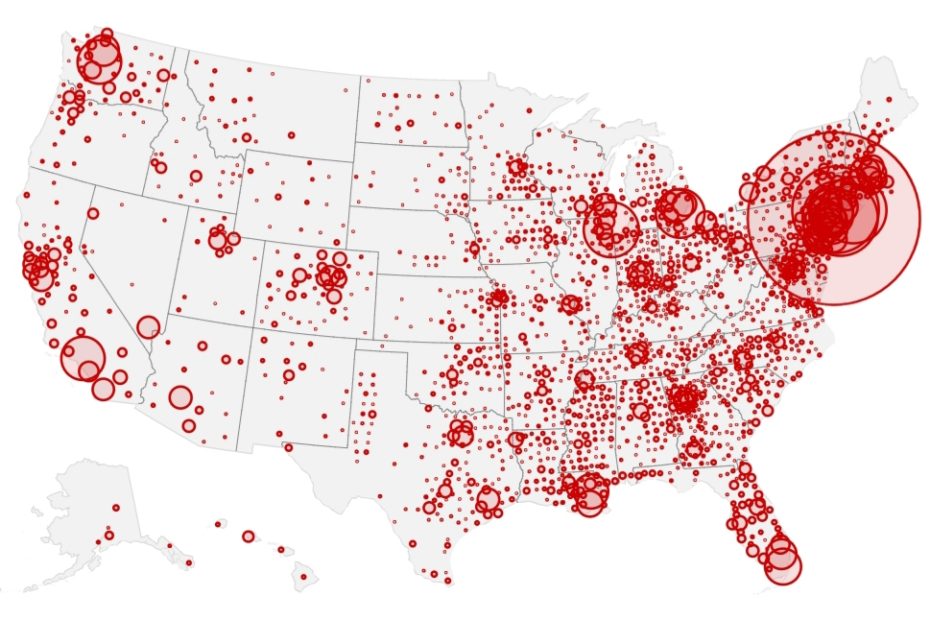 ✔More than 2300 have already died of coronavirus in the USA. This number has more than doubled compared to Tuesday․ The number is rapidly growing, dozens and hundreds of deaths are reported in New-York, New-Jersey, Louisiana, Michigan and other states. According to March 30 statistics, there are at least 141,995 confirmed cases. New York  continues to outstrip other states by the number of confirmed cases and deaths. (59,568 confirmed cases, 965deaths),

✔The USA became the first country where the confirmed cases of coronavirus exceeded 100,000. Italy is second to surpass China, with the total number of more than 97,000. In mainland China, the number of confirmed cases reached 81,470.

✔On Sunday President Trump stated that the order of social distancing (including the ban for large gatherings) will be extended for another 30 days as the previously declared 15-day order expired on Monday. This is despite the fact that Trump hoped that the country would return to normal life before Easter on April 12.

✔ Two top doctors advising Donald Trump on coronavirus issue warned on Sunday that up to 200,000 Americans could die in a coronavirus outbreak, even when most of the country is under the “stay-at- home” order and social distancing.

✔Earlier, on March 27, Donald Trump invoked the Defense Production Act, which was adopted during the Korean War and gives the president powers to require companies to produce goods for national defense. Concerns over the shortage of ventilators have been on the rise since the number of confirmed cases exceeded 100,000 on Friday. Earlier, Trump criticized General Motors in his Twitter announcements that the company had initially announced that it would provide 40,000 ventilators, but later stated that it could produce only 6,000 by April. Resorting to the emergency powers given to him in state of war, the president ordered General Motors to dramatically increase the production of ventilators.