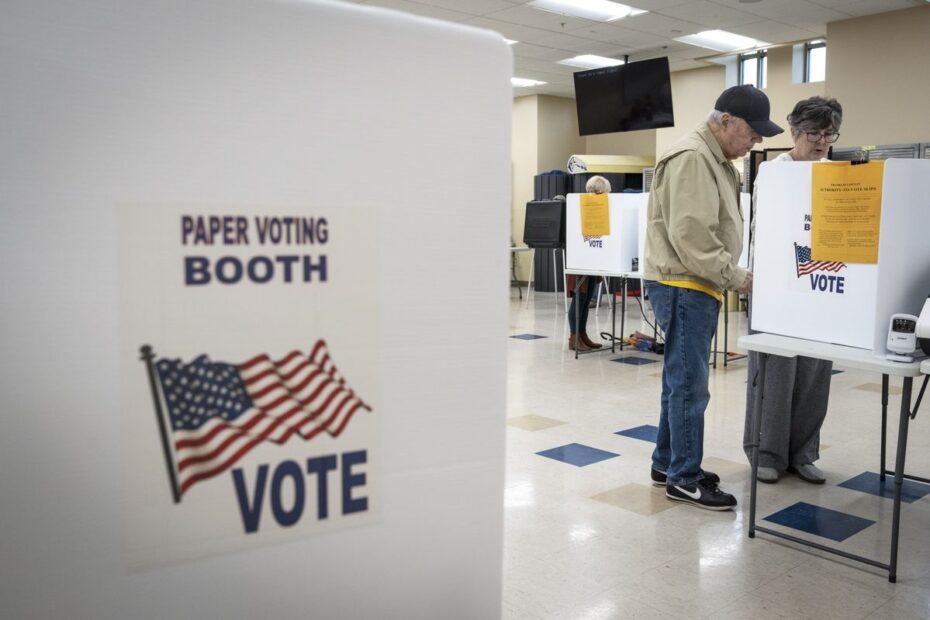 On November 8, the US midterm elections took place. Although in some states the votes are still being counted as of the date of the writing of this column (California’s 13th Congressional District and Colorado’s 3rd Congressional District), and in some cases there will be a runoff vote (Georgia on December 6), the picture is already clear, and it won’t undergo serious changes. In the 118th US Congress, the Republicans will form the majority in the House of Representatives and the Democrats will keep the majority in the Senate. Thus, the Democrats, who previously controlled both houses, were only able to retain control of the Senate – which is actually a good result.

The pattern that usually applies to midterm elections in the United States was also true for this election. This pattern is an established practice implying that if the president is elected from the Democratic Party, then the Republicans win the majority in midterm elections and vice versa. In this way, voters try to maintain a balance between the two parties, preventing the concentration of power in the hands of one party.

Still the predictions for the outcome of the midterm elections were only partially borne out, as the Democrats managed to maintain the majority in the Senate. President Joe Biden has also commented on this. During his first press conference following the midterm elections President Biden stressed that despite all the predictions by the press and pundits, the so-called giant “red wave” did not happen. According to the president the Democrats “lost fewer seats in the House of Representatives than any Democratic President’s first midterm election in the last 40 years.  And [the Democrats] had the best midterms for governors since 1986.”

One of the active supporters of the Republican’s success in the midterm elections was Donald Trump, who took a specific stance on this election. First of all, he claimed that he should get all the credit in case the Republicans win. However he should not be blamed for their defeat. Trump was most probably also expecting the red wave, as on the eve of the midterm elections, he said that he was going to make a very big announcement on November 15. It was obvious what the former president implied by that. That was his decision to run for president. Although the result was not a total victory for the Republicans, on November 15 Trump announced his candidacy for president of the United States “to make America great again.”

In these elections there were candidates who had received direct support from former President Trump. Among them, the most problematic candidate for Armenians was Mehmet Oz, a Turkish national, who was running for Senate as a Republican candidate from Pennsylvania. Dr. Oz is a surgeon by profession, and now a famous TV star, who managed to get Trump’s support during the spring primaries. Oz’s opponent in this state was the Democratic candidate John Fetterman. There was a really serious battle between the two, in the framework of which millions of dollars were spent on advertisements by Oz. Despite his great efforts, Oz lost to the Democratic candidate by 51.2% to 46.4% of the vote. Given that Dr. Oz is also a citizen of Turkey and has deep ties to Turkish business elite and political circles, which in turn are connected to Erdogan, Oz’s defeat was particularly important to the Armenian community and its lobbyists, who had worked relentlessly to prevent Oz from entering the Senate.

The Impact of the Midterm Elections on US Policy towards Armenia

Although the Democrats were able to maintain their majority in the Senate, they lost their majority to the Republicans in the US House of Representatives, which in turn may have an impact on US foreign policy-making by complicating the implementation of the policies adopted by the Biden administration. Thus, it is important to analyze how US foreign policy towards Armenia will change with the new Congress.

It should be noted that no significant changes are expected in this regard. Most of the members of the Congressional Armenian Caucus will continue to serve in the upcoming Congress.

It also should be noted that some of the members of the Congressional Armenian Caucus will no longer continue to serve as representatives. They can be divided into three groups: those who had announced beforehand that they would not run again, Caucus members who lost in the election, and those who ran for other positions.

Thirteen members of the Caucus had announced that they would not run in the upcoming midterm elections. Among them was Jackie Speier, a representative with Armenian roots and the co-chair of the Congressional Armenian Caucus. In  2021 Speier announced that she would not seek reelection in the Congress.

Speier stated: “It’s time for me to come home — time for me to be more than a weekend wife, mother and friend…It’s been an extraordinary privilege and honor to represent the people of San Mateo County and San Francisco at almost every level of government for nearly four decades.” Her move will be a great loss, because she has always actively fought to advance the interests of Armenians in Congress, introducing and co-sponsoring many pro-Armenian resolutions and initiatives. In addition, in 2019 Speier was among the representatives who visited Artsakh.

Speier supported the provision of aid to Artsakh, the limitation of military aid to Azerbaijan, and the return of Armenian prisoners of war and civilians held captive in Azerbaijan to Armenia. She was also part of the Congressional delegation led by House Speaker Nancy Pelosi who visited Armenia this year.

It is also important for Armenians that Bob Menendez Jr., the son of Senator Bob Menendez, who is a good friend of Armenians and always raises Armenian issues in the Senate, was elected as the Representative from New Jersey.

It is also worth mentioning that Speaker of the House of Representatives Nancy Pelosi, a member of the Congressional Armenian Caucus and a great friend of Armenians, will continue to serve as representative despite losing the position of speaker after the victory of the Republicans. In spite of her previous announcements to leave Congress and the rumors of her assuming the post of ambassador, Nancy Pelosi has announced that she will continue to be in the House of Representatives, remaining as a  member of the Congressional Armenian Caucus.

A number of Representatives of the Armenian Caucus, in their turn, decided to run for other positions instead of seeking reelection in the Congress. Among them is Congresswoman Karen Bass, who won the mayoral election of Los Angeles, becoming the first female mayor of Los Angeles. Another member of the Armenian Caucus, Anthony Brown will assume the position of Maryland’s attorney general. Congressman Tom Suozzi was nominated for the post of governor of New York, but failed to win the election.

It should also be noted that three members of the Armenian Caucus of the House of Representatives failed to win the election. Their terms in office ends in January 2023.

Although some representatives of the Congressional Armenian Caucus will no longer serve after the midterm elections, the Armenian community in the US will try to attract new members to the Caucus. Traditionally, the Armenian community and Armenian lobbyists work more effectively with representatives of the Democratic Party as most Armenians in the US live in blue states such as California, Massachusetts, New York and New Jersey. Thus, the House of Representatives with a Republican majority should be considered as an opportunity, not an obstacle, to establish closer ties with the representatives of the GOP as well. The results of the midterm elections will not affect foreign policy related to Armenia. The decision maker of the policy is the administration, the principles of which will not change regardless of the electoral results. The Biden administration will continue to support the normalization of Armenian-Azerbaijani relations as well as Armenian-Turkish reconciliation. So that there will be no significant changes in US-Armenian relations as well as the mutual agenda.