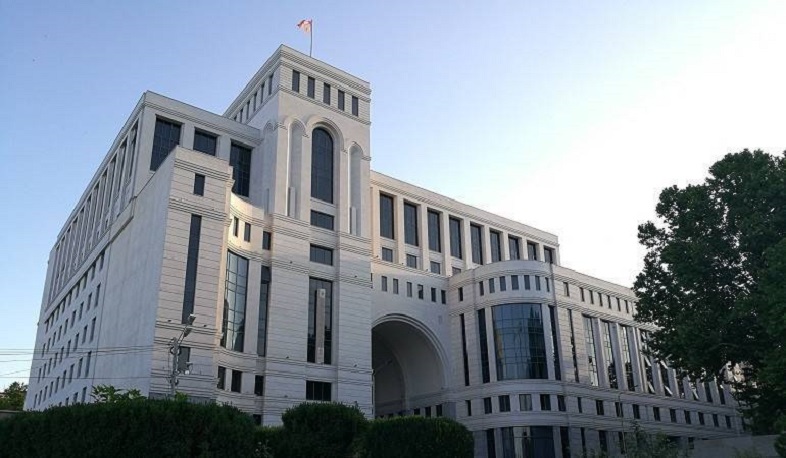 Each and every country in the modern world has a foreign policy. This is the basic rules and conditions of its relations with the world. Foreign policy specifically is designed taking into account the characteristics of the state, geography, and the nature and content of relations with neighbors, regional and global geopolitical players. An important circumstance is what kind of state it is and in which political “league” it plays. Superpowers naturally have their own type of foreign policy and agenda, just as medium and small states have their own. Even states declaring political neutrality as their basic principle have their own type of foreign policy, which is as difficult to implement as that of any other type of state.

Since the adoption of the declaration of independence, Armenia formed its foreign policy based on the main principles of international law as well as realities, taking into account regional and global factors. Regional factors included the Nagorno-Karabakh problem, Armenian-Turkish relations (or absence of relations) and geography (being landlocked and blockaded by two out of four neighbors). At the same time, Armenia had to take into consideration the relations between the US and Iran, US and Russia, and the strategic partnership between NATO allies US and Turkey, as well as the “one nation two countries” concept of the Turkish-Azerbaijani tandem. With those realities, Armenia did not have too much room for maneuver.

Turkey became the main ally of Azerbaijan, the US for Georgia and Russia for Armenia. This was a division of the South Caucasus region between the superpowers and the main players. Since the early 1990s Armenia has had four heads of state. In the case of the first three, with some exceptions, the principles and approaches of foreign policy coincided. All three of them, understanding the realities of their times, tried to regulate Armenian-Turkish relations and the problem of Nagorno-Karabakh. It was from these important factors that the priorities of foreign policy and security were derived.

The situation changed dramatically in 2018 when the revolution took place in Armenia and a group of people with a lack of experience in foreign policy and national security came to power. This group of people responsible for foreign policy managed to spoil relations with Russia by making various contradictory statements and concrete steps against Russian interests. The government managed to spoil relations with the US by sending a peacekeeping mission under the Russian flag to Syria. Relations with China were spoiled too, as Armenia joined the religious freedom alliance and invited one of the high-ranking officials of Taiwan to Armenia. Finally, if we take into account that the member of the ruling party called Iran a dictatorship and the prime minister himself said that the Armenian-Iranian border can be closed anytime, then the global picture becomes more clear.

It was as a result of these and other processes that Armenia faced the 2020 war and lost not only Nagorno-Karabakh but also some lands of Armenia itself. Armenia became a state that lost sovereignty over its own territorial integrity. And now, without taking into account the interests of Armenia, the main players are making concessions to each other at Armenia’s expense, including at the expense of Armenia’s territorial integrity.

However, even in this catastrophic situation, there is still a small chance to save Armenia and one of the most important prerequisites is the formation of a new government in Armenia and the adoption of a pragmatic foreign policy agenda, which includes aligning our interests with the interests of the main players such as Iran, Russia and the US. No matter how paradoxical it may sound, such opportunities still exist and this opportunity is the only way to save Armenia.