How does the US Provide Military Assistance to Azerbaijan or does the 907 Section Work? 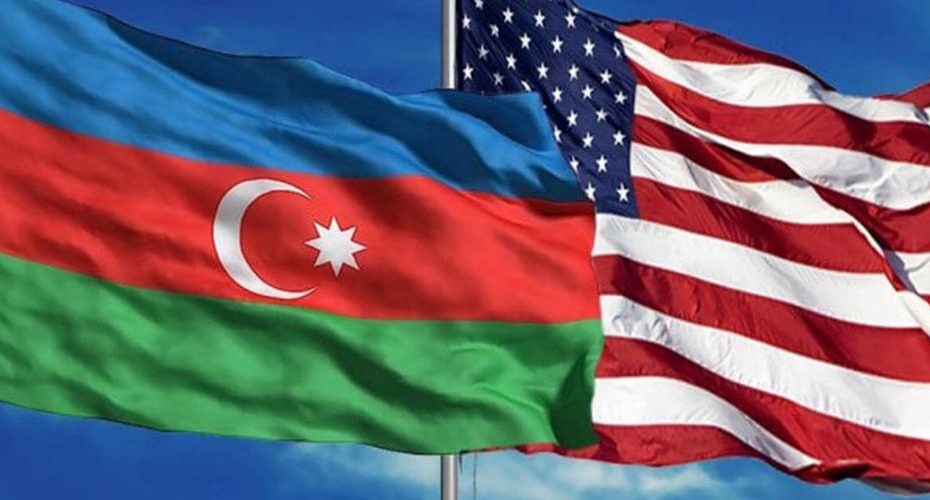 The History of Section 907

After the collapse of the USSR on 12 August 1992 the House of Representatives and the Senate passed Freedom Support Act, which intended to help Russia and other newly independent states in order to develop a democratic governance system and free-market economy. That Act is a large package of actions which is a multi directional roadmap. In essence, this is a political document for different bodies of the Executive. Freedom support act was planned to provide large  support in economy, business, agriculture and other directions to Russia and all other newly independent states whose independence the US President recognized with a special announcement and expressed willingness to establish diplomatic relations on December 25, 1991. [1] Taking into account the war provoked against Artsakh with the help of the Armenian Community and lobbyists 907 Section [2] was included in the text of the Freedom Support Act in 1992 which banned the US Government to provide any assistance to Azerbaijan ‘’until the President determines, and so reports to the Congress, that the Government of Azerbaijan is taking demonstrable steps to cease all blockades and other offensive uses of force against Armenia and Nagorno ­Karabakh’’. The co-sponsor of 907 Act was democrat Senator John Kerry [3]. The Act went into force after George Bush signed it and it became an obstacle for Azerbaijan-US relations by remaining in force for 10 years. During those years Azerbaijan was the only state in CIS which could not receive direct assistance from the US Government. Different attempts were made both through diplomatic channel and by their lobbyists but Armenian lobbyists succeeded in keeping the Act in force. After the terrorist attacks of September 11, 2001 the 43rd US President George Bush on grounds of the direct national security threat applied to Congress asking for each of the financial year to waive 907 Section in the Freedom Support Act and provide military assistance to Azerbaijan if it

Consequently, it appears that US president with his annual letter confirms that the waiver of Section 907 and the assistance provided to Azerbaijan cannot be used against Armenia (‘’Nagorno Karabakh’’ words, which were included in the main text of 907 section, are already excluded from waiver text). Taking into account the US national interests, the immediate danger threatening national security, as well as the coalition activities in Afghanistan and Iraq, the established situation following the September 11 terrorist act, Armenian community and lobbyists could not counteract the circumvention of the section and every year it is done with the same principle and text, when US president informs Congress about that. For the first time this letter was signed by US president George Bush on January 15, 2001 [5] and for the last time- by president Trump on March 18, 2019 [6].

US allocated military assistance to Azerbaijan

After 9/11 Azerbaijan has always been an active consumer of US assistance given for military sphere and has received more than $411.6 million military assistance since 2002. This money was distributed via more than 20 programs in security related areas. One of the largest programs is the ‘’Foreign Military Financing’’ program ($51 million) which provides grants and loans to help countries purchase U.S.-made defense articles and defense services on the U.S. Munitions List. Another program is aimed at ‘’Nonproliferation, Anti-Terrorism, Demining, and Related Programs’’, for which US provided more than $37 million. What is really disturbing is the ‘’International Military Education and Training’’ program for which Azerbaijan has been receiving assistance every consecutive year starting from 2002 with the total amount of $13 million. Another educational program in the military sphere is the ‘’Combating Terrorism Fellowship Program’’. The total amount of assistance for that program is $2.8 million. Due to such educational programs in the military sphere Azerbaijani military officers  attend U.S. leading military educational institutions. The number of programs financed has decreased throughout the years, however the assistance provided to Azerbaijan has even been increased only giving more financial assistance to a few programs. The largest part of US assistance for 2018-19 is allocated for the so called ‘’Section 333 Building Partner Capacity’’ for which the US allocated $101.5 million to Azerbaijan. This program is the expanded and comprehensive version of the ‘’Global Train and Equip’’ which was launched in 2006. It includes Counterterrorism operations, Maritime and border security operations, Military intelligence operations, Operations or activities that contribute to an international coalition operation.

US allocated military assistance to Armenia

In the framework of the same program the assistance provided to Armenia was about twice less since 2002-$196 million. Within ‘’Foreign Military Financing’’ program both Armenia and Azerbaijan received $51 million.  In the framework of ‘’International Military Education and Training’’ program Armenia received little bit less financial assistance than Azerbaijan, that is $10 million. With Freedom Support Act Security Assistance Armenia received $18 million up to 2007 in contrast to $ 19 million received by Azerbaijan. In fact, the main difference between the security assistance of Azerbaijan and Armenia is in the period of 2018-2019. The reason for that is hidden in ‘’Section 333 Building Partner Capacity’ program to which Azerbaijan managed to join in 2018 gaining considerable financial assistance [7].

During the 2016 military clashes in the Armenian village of Talish, two high ranking Azerbaijani Army officials were killed by Armenian defense forces. The Azerbaijani officers had studied in the US as part of  the US military assistance allocated to Azerbaijan. The information about this was made public in social media days after the incident. Specifically, Emil Sanamyan revealed that one of them was Lieutenant Colonel Murad Mirzayev who attended the Defense Language Institute in San Antonio, Texas, and completed Marine Corps officer training courses. The other killed Azerbaijani officer was Colonel Vugar Yusifov who was trained at the U.S. Army Intelligence Center in Arizona within the US military assistance provided to Azerbaijan [8].

Thus, the assistance received from US Azerbaijan used against Nagorno Karabakh by provoking the April war, which obviously hampered and hindered the peace negotiations between Armenia and Azerbaijan and their continual efforts. This, in essence, is a gross violation of Section 907 by the Azerbaijani government. The priority of Armenia should be the nullification of US military assistance provided to Azerbaijan. To achieve this goal there is a necessity of strictly defined measures within the framework of Diplomacy-Community-Lobbying and this issue should be included in the US-Armenia political agenda.

This is one of those exceptional cases when through Senate and the House of representatives Armenia can have an influence on the decisions made in White House. At the same time if the intelligences of both Armenian Republics have any information that the US assistance received by Azerbaijan is used against Armenia or Artsakh, it would be a serious opportunity for discussing this matter with Washington. As it is known Armenian Community is able to do a serious job in the legislative body but in the executive, especially in the case of the Republican administration, doesn’t have ample opportunities. With the help of the US Congress group supporting Armenia it is possible to put appropriate statutes into circulation and work actively in this direction with the purpose of stopping US military assistance to Azerbaijan once and for all .

[1] Text of Bush’s Address to Nation on Gorbachev’s Resignation, http://www.nytimes.com/1991/12/26/world/end-soviet-union-text-bush-s-address-nation-gorbachev-s-resignation.html

[6] The Letter of President Trump to Congress, https://www.federalregister.gov/documents/2019/04/18/2019-07734/extension-of-waiver-of-section-907-of-the-freedom-support-act-with-respect-to-assistance-to-the